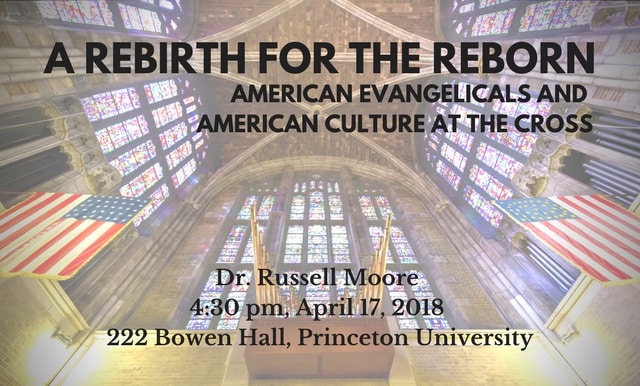 Since our nation’s founding, conservative Protestantism has been a critical force shaping American culture. Today the evangelical movement is clearly ascendant even as its health and integrity are widely debated. Can the movement survive the challenges of increasing secularization, technological innovation, political tumult, and other phenomena?  In the fifth annual William E. and Carol G. Simon Lecture on Religion in American Public Life, Dr. Russell Moore will examine the current state of evangelical Christianity in America and set forth a prescription for its future.

Dr. Russell Moore is president of the Ethics and Religious Liberty Commission of the Southern Baptist Convention. The lecture, co-sponsored by the James Madison Program in American Ideals and Institutions, will take place in Bowen Hall 222 on the Princeton University campus at 4:30 pm on Tuesday, April 17.